You get it. Copying professional photos is illegal. So is speeding. But you do it anyway.

Fair point. And no one at our photo store will stop you from doing either. No really, we won’t stop you from making a copy of a copyrighted photo if you want to. You just can’t do it here. And we can’t do it for you. Doing so could be far more illegal than speeding. A ticket for doing 75 in a 65 will cost you about $225 in Texas. Copying a professional portrait without the photographer’s consent costs about the same, $200… at the least. The penalty can range all the way up to $150,000 per incident. That’s serious. 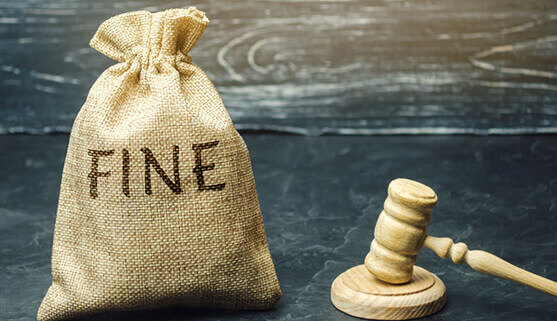 What if you tell us you took the photo or video? Still no. The original doesn’t even have to be marked with a copyright. The law states that any photo that appears to have been taken professionally is subject to copyright protection.

With such a wide net and stiff penalties, you should be hard pressed to find a business willing to risk infringement just to make a few bucks. So, what can you do?

For more information, come see us. If we can’t make what you need, we usually know who can. On the way, don’t speed.

Copyright. It’s the reason you pay $1.95 for a 5×7 of your own snapshot but $19.50 for a 5×7 from the school portrait company. It exists because photographers, like artists, are heavily invested in the content they create and they have a right to recoup their investment and earn a living. How long they should, or even want to hold that right is debatable but here’s what you need to know about the portrait or professional video that you want duplicated.

First you need to acknowledge that the reason you want the thing (the photo, video, or copies of it) is because you like what someone else made. If you made it, you own it and you can do whatever you want with it. If someone else made it, for money, they own it. At least that’s true for everything made since 1978. Before that, YOU own what you paid someone to make, because you commissioned them to do so… if you were alive then. Anything made later is owned by the person who authored it for their entire life plus 70 years! What if they’re retired or dead? You have to prove, reasonably, that neither they, nor anyone else has interest in collecting money by making another copy for you, or that they can’t reasonably be found.

Only everything. This is a bit of a sore spot because the law is written to be overly broad in favor of artists and content creators. They’re not required to label something as copyrighted in order for it to be copyrighted. It’s in their best interest to mark it, and most do, but the burden is on us, not them. You may know which of your photos were taken professionally but if you don’t, you have to assume that any photo that appears to have been taken professionally, was.

Yes. And remember this blanket protection applies only to things created after 1978. Older photos are owned by whomever holds them right now. After that, you can still own the copyright if:

Each case is different. We’re versed in copyright laws as they apply to images so bring yours in if we can help!